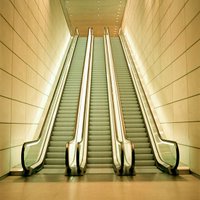 It's only within the past couple of years that I've been able admit that I'm not quite right in the head when it comes to some pretty random stuff. And while there's a sliding scale for these things, perhaps I'll just throw it out there and see what you all have to say.

First, I was at a Medieval Fair, like, 10 years ago, and there were these women dressed up as fairies, walking around on stilts. For whatever reason, this deeply disturbed me. In thinking about it, I don't like anything which walks on stilts. Fortunately, in my daily life, this issue has never become much of a problem.

Perhaps more pressingly, however, I have a profound abhorrence for pet birds. It's not a phobia, per se (well, ok, a little--they do kind of scare me), but it's more of a real and very deep hatred for such a barbaric act. When I see a bird in a cage, I immediately conjure up images of the Middle Passage, and I want to vomit. A few years ago, a friend of mine referred to this issue as my "endearing and poetic personality tic" because I refused to dine at a friend's house who kept her birds in the kitchen. I refused to budge on the matter simply because I cannot eat with a caged bird looking at me. My friend said that she would cover the bird so that it would go to sleep. Oh, even better!, I said--Smother and alienate the damn thing on my account??--No, I will have no part in this! Call it what you will, but birds are feathered reptiles, and they belong outside. Not only do I detest the smell of a bird in a cage, but I have an automatic aversion to people who keep birds as pets. People who keep birds as pets, whether they know it or not, are my sworn enemies. May their bird one day find its way out of the cage and shit all over them as they sleep for being so cruel and inhumane to our ancestors.

Next, I have a serious fear of head injuries. And for good reason. A friend of mine was in a terrible accident several years ago. She barely survived, and now she will never, ever, ever be the same. She lost her whole life in an instant. And yes, she was wearing her seatbelt. But she wasn't wearing a helmet! I believe in wearing helmets, and I sincerely wish that I could have a special helmet designed for me that I can wear when in a car, and especially in a taxi cab.

Finally, saving the biggest issue for last, I have a serious issue with moving staircases, otherwise known as "escalators". Really, really big ones bring me to the edge of a panic attack every time, even though I try to prove to myself that I'm more rational than my irrational fear. It's definitely linked to a few things: failure to trust my fellow man, fear of falling, and fear of head injury. My biggest thing is that I'm scared that someone else will lose their balance and come toppling down on everyone else going up, and I will not only fall (and definitely incur a head injury) but I will be flattened by some huge fat woman or man who couldn't keep his/her balance. The image frightens me so much that sometimes I just can't bring myself to step upon the moving staircase. Considering the fact that a direct ancestor of mine actually invented the escalator (and elevator), the phobia itself is beyond ironic.
Posted by Namaste at Wednesday, January 25, 2006

Okay, I am soooo with you on the issue of pet birds. Keeping one in the KITCHEN?!? Omigod, that is freakin' DISGUSTING. Did you know that most birds are dirtier than rats?? That is vile.

My biggest fear: The women at Cherry Creek who look like a cross between Joan Rivers and the Crypt Keeper. I literally find it hard to walk around that mall anymore for all the taut-stretched faces and blowfish lips. It makes me shudder. DO MEN HONESTLY LIKE THESE WOMEN???? The men I ask say "no" but why does this persist? Anyone??

I hate birds too. Anything that can fly around spreading it's filth isn't anything I need in my life.

When a bunch of pigeons fly toward me, I freak out and cover my face. But, you would have the added trauma of worrying about a head injury too.

I guess I have to add to the mix and freak you out.

Taxis and head injuries: I had just gotten into a taxi once here in D.C. It was pulling out and someone rushed forward and broadsided where I was sitting in the back. I was flung about and my head hit the metal door frame. Not good. Luckily, only a mild concussion.

Escalators: One time in London at the Victoria tube station, I was getting ready to descend on the escalator. It abruptly halted then started up again, people stumbled and fell at the bottom and as it kept moving the people kept falling onto the dropped people building a pile. Not good. I ALWAYS try to leave space between myself and other people on an escalator following than incident. Live and learn, right?

As for birds? They carry lice and mites and all sorts of nasty little things in their feathers. I can't imagine having one in the kitchen. Isn't the joy we gain from birds their freedom of flight?

There was the episode of Rescue 911 where this little kid fell on the escalator and the string from his hooded sweatshirt got stuck and it began choking him. So now I fear falling and getting stuck while the stupid escalator keeps going.

So riding down and escalator and being struck about the head by a previously caged bird is probably numero uno on your list of "potentially bad days", yesno?

I hate moving stairs too! abhor them. Especially the ones on Wheaton metro..
Are you at UVA?

'Namaste'
Is this a transliteration of the Hindu greeting?

el guapo: chai is Hindi for tea. You are afraid of tea tea?

'Chai, Chai, do rupee Chai'
If you have been on a train in India you will remember this!

To el guapo: I, too, have a fear of Chai tea, but only from Starbucks - perhaps because theirs tastes like assholes.

To i-66: it is rare that I laugh outloud at something I read online but your post was funny!

Carrie Broadshoulders said...
This comment has been removed by a blog administrator.
Wednesday, 25 January, 2006

Mmm girl well don't ever get off at the Woodley Park/National Zoo/Adams Morgan red line metro stop in DC. I swear that is the longest escalator I have ever been on. And I have to get on it every day. I actually don't mind riding up it as much as going down. I get dizzy that far up in the air.

Oh and if you ever do get on that escalator, halfway up, it lurches forward a bit which always sends bolts of fear that I'm going to topple over backwards.

Ok, first, Carrie B--funny that you mention the Woodley Park escalator, because that's the very one that inspired this post. It's where my new flashy internship is located. Fucking hell, right? Fortunately, there's an elevator. I about had a heart attack when I saw it.

Secondly, you are all hilarious. And you totally made my night.